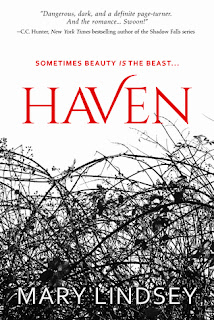 "We all hold a beast inside. The only difference is what form it takes when freed."

Rain Ryland has never belonged anywhere, He’s used to people judging him for his rough background, his intimidating size, and now, his orphan status. He’s always been on the outside, looking in, and he’s fine with that. Until he moves to New Wurzburg and meets Friederike Burkhart.

Freddie isn’t like normal teen girls, though. And someone wants her dead for it. Freddie warns he’d better stay far away if he wants to stay alive, but Rain’s never been good at running from trouble. For the first time, Rain has something worth fighting for, worth living for. Worth dying for.

A wonderful fun book that had me absorbed from start to finish.  I totally loved the main characters of Rain and Friederike aka Freddie.  There is something that these two characters can’t fight against, destiny.

One of the things is that we get Rain is the kind of teenager that always finds himself in trouble. So of course he gets into big time trouble and then the juvenile court judge decides to send him to New Wurzburg to live with his aunt. Rain never knew that he had an Aunt. So when his Aunt comes to pick him up, she is a squad car. His aunt is a cop. This makes him a little bit uneasy. His Aunt Ruby is definitely someone who comes to help him.

When he goes to his first day at his new high school, he meets Friederike Burkhart and her cousins. People are telling him to stay away from them. They are trouble. Trouble always seems to find him. He is immediately attracted to Freddie. So of course things don’t go as planned. We learn that Freddie and her family are not what you would call normal. Freddie says no to him and things go a little bit weird, but he is not going to let Freddie’s cousin’s intimidate him or bully him. So things evolve from there and they go on a date.

Also Rain is trying to stay out of trouble, so he decides to get an after school job and overhears something that he doesn’t understand. Yet, he gets the job at the Hardware Store in town. This town is interesting and weird it seems. Things happen during the date between him and Freddie. Rain sees Freddie transform into a wolf and then sees other weird things as well that he shouldn’t have. Freddie has broken the rules just by dating him or being with. Plus he saw things that outsiders do not see.

We get a big time history about the wolves, and what types there are. There are two and then there’s a third kind, which we find out about later. A lot of the people and power players have some kind of authority in the community as well. Also we learn that Freddie will be the next Alpha of the pack. So this puts a lot of pressure on her to play by the rules until things happen. Then something happens to Rain. They give him something because we learn that his father was actually part of the pack. So they give him something to make him one of them and it actually works despite Freddie not wanting this to happen.

The romance between Rain and Freddie is very solid because they know they are attracted to one another. Love the romance. They fight, argue, plan and discuss things. Not to mention things get very intense at times. Romance grows and becomes more solid. They realize that they need each other if they are too survive and make sure the pack endures.

Twists and turns were superb. Love how many weird and surprises were thrown at both Rain and Freddie. Plus Freddie finally stepped up in a way that no one expected. Also Rain learned what he really was capable of. He almost died as well, and found the strength to endure.  The way this book ended was terrific and wonderfully refreshing.

I really enjoyed the characters in this book.

Grace Fonseca
I'm an avid reader. Love reading Books. Been reading since as early as I can remember